10 years ago, when the End closed and my weekly monday haunt Durrr finished, i decided to start my own party, with the help and trust of Dan Spinney and some amazing friends i launched Orlando Boom at The Queen of Hoxton, we have been bi monthly there uninterrupted for now just over 10 years.

orlando Boom has been the backbone of my career, has supported my lifestyle and been a huge part of y growth as a human. But its with a heavy heart that its time to say goodbye. A lot has grown and changed in that time. The area has changed, as has the club and the crowd. As some of you may know earlier this year i launched Crossbreed, and have been throwing all my energy into that. Crossbreed is growing insanely fast, and im really proud of the work we are doing there and it’s time i really focus on that.

Special thanks to henry Fry and Adam Glover, all our door staff over the years, the djs, (i’ll list some highlights below) and of course everyone thats ever come down and mad the party what it is! It been a hell of a ride!

ITS BEEN A HELL OF A RIDE 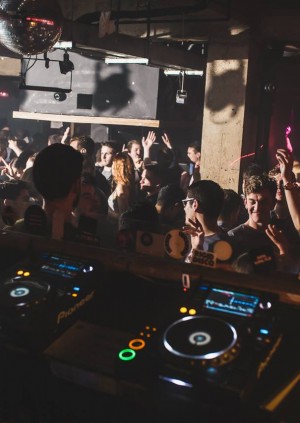